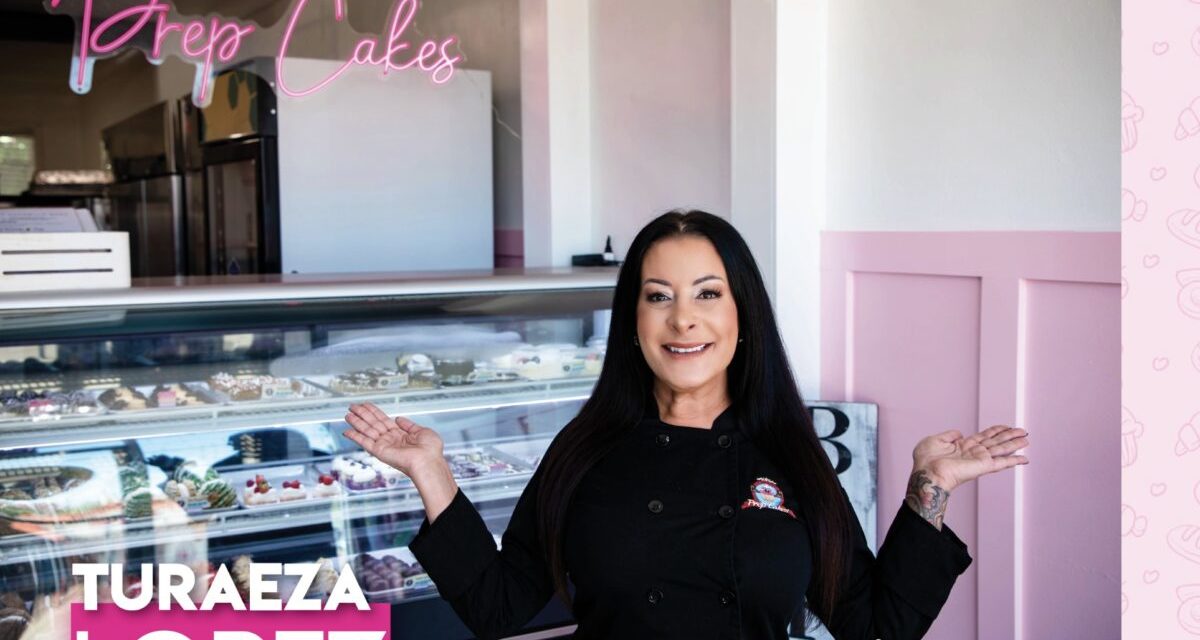 Baking is many things to Turaeza Lopez. Baking is a science. “Baking takes components to make it arise to what it’s supposed to be. If it lacks one of those components, it won’t be the product you wanted. But it’s a fun science, and it’s not complex.”

Baking is art. “I like to compare it to being a painter,” she said. “I am not a painter. But they can visualize something, and they can paint it. I can paint a taste in a product without knowing if it’s going to taste good or not. It’s kind of like when you paint a picture. You just know.”

“Baking is a lot different than cooking,” she said. “I am a great chef, but my passion is in baking.”

Lopez fondly recalls baking oatmeal cookies as a girl growing up in California. But she wasn’t so sure the kitchen was where she wanted to be when she chose the United States Air Force as part of her life’s path.

“When I joined the military and I found out I was going to be a chef, I put my head down on the desk and I cried,” she said. “I didn’t join the military to work at Denny’s. In the end, God showed me where I was supposed to be.” She served more than 20 years in the military.

While overseas, Lopez discovered another pursuit outside the kitchen. “I was stationed in Germany and was going through a personal trauma,” she said. “I wanted something to focus on. One of my old friends was in the fitness industry. She had started competing. She said, ‘Tess, you should really do this.’ So Tess began to compete. It was during that part of her journey she learned something more about herself.

“I like goals. If I want something, I want it. But at the end of it, once I accomplish it, I don’t carry on with it. If I put a goal out there, the goal was the great thing about it for me.” She stopped competing, but she discovered a new passion — creating a cupcake that was balanced for carbs, fats and proteins but still tasted like a cupcake. 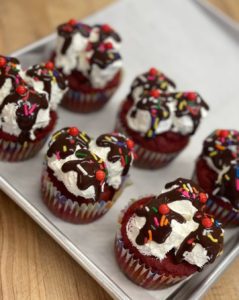 “I was literally at the gym pushing cupcakes in people’s faces and saying, ‘Try this. Does this taste like a cupcake?’ I was trying to create something that tasted like the traditional thing,” she said. But when that path proved rocky, a revelation led her to a new fork in her road.

“In trying to sell to the body-building community, even though I knew and trusted my product, I wasn’t able to sell the trust,” she said. “I sat there and said, ‘Why am I selling to less than 1 percent of this nation when I should be selling to the 99.9 percent of this nation that just wants to have a healthy dessert that tastes like the real thing?’” She launched Prep Cakes to serve those who were struggling to meet their health and weight-loss goals.

“People rely a lot on diets,” Lopez said. “I can support that. Some people need that strict thing to follow. The problem is it’s not a lifestyle. Prep Cakes is a lifestyle. It allows you to have your cake and eat it too. You can pick and choose.”

The concept took off. So much so that many of the people who enjoyed her healthy take on traditional sweet treats encouraged her to take another big step in 2018. “I had a lot of customers who said I should audition for ‘Shark Tank,’ she said. “Because my customers wanted me to, I did.” She traveled to Dallas for the audition. It was a long, arduous nine-hour day, she recalled. About 48 hours later, she came upon another fork in her road when she got an email saying she had been accepted to go on the show. “I thought and prayed about it, and I knew in my heart the time wasn’t right,” she said. “That wasn’t where I was supposed to be. So, I declined the offer.”

She knew she had more to learn. “People jump into business without understanding business,” she said. “Because you have a great idea and concept, or even a skill, doesn’t mean you know you can run a business. God will put you in positions to lead, to understand the financials, to build your team.” One of those positions Lopez was put in was director of the incubator kitchen at Cohab in downtown Shreveport. She also launched the MS Kick kitchen with Southern University. She spent about three years with those two projects, helping others launch their food businesses.

“The time in Cohab definitely helped,” she said. “Going in there and turning that back into an incubator kitchen.” That’s also when she met Jim Malsch, who became a mentor to her in her business. “Usually when you meet people who are coming with a business idea, you can tell pretty quick if they’ve got it or not,” Malsch said. “Tess definitely had the attitude and passion. She has incredible drive. She just needed a little guidance and the confidence.”

In both cases she knew it was time for her path to veer again. “I had to leave Cohab because at that point I was consuming space when I was beyond it. That wasn’t fair for new entrepreneurs. I left MS Kick because I realized I was focusing on so many other people’s businesses and not my own. I felt in my heart that God kept my business afloat even though I wasn’t in it. When I came back, it flourished. That was a sign to me. I put my heart and soul into my business, and it’s been great.”

While the business has flourished, Lopez refuses to rest on her laurels. She is putting her marketing background to work on rebranding her “guiltless desserts.” “I don’t like the word ‘guiltless.’ Just because you have diabetes doesn’t mean there’s something wrong with you,” she said. “Guiltless is a negative. I don’t like that. It’s ‘food that fits your lifestyle.’ 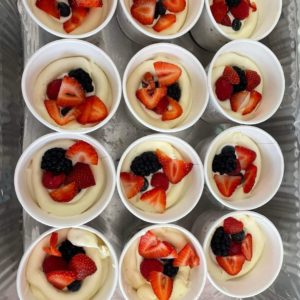 “Ultimately, I want to be a household name for ‘you can have your cake and eat it too.’ It doesn’t have to be bad. I have wholesalers ask, ‘Do you make guilty cakes?’ Why do I need to? If my stuff tastes like the real thing, why do you need the sugar in it. It’s a rewiring of the brain that desserts don’t have to be a bad thing.”

When Lopez retired from the military at Barksdale Air Force base, she didn’t just make Shreveport and Bossier City her customer base. She made it her home, where she has raised her two children. “I am a realist,” she said. “Money comes and money goes. I don’t worry about that stuff. My greatest success is my children—them finding their success would be my greatest success.”

She is also a proud Shreveport resident who actively campaigns against things like blight in the Highland neighborhood. “I believe in this community,” she said. “I am not going to sit by and watch our community in turmoil.”

Lopez has found community, even among the city’s bakeries, and she knows she isn’t walking this journey alone. “Our bakery community is family-centric,” Lopez said. “There is no competing. I love that. I can go to Lilah’s, and they give me boxes. The Lowders brought me flowers when I opened. Julie Anne’s recommends people to my bakery when they have an allergy. That’s how close we all are.”

Scott Anderson is a freelance writer with more than 20 years’ experience in journalism. He enjoys discovering and sharing people’s stories. 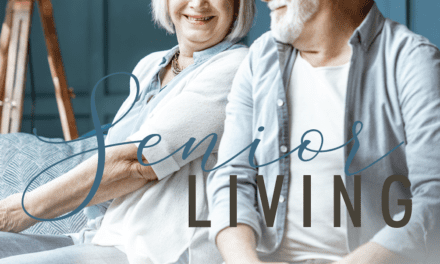 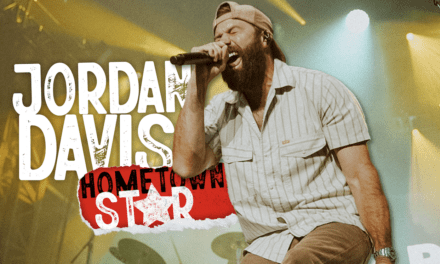 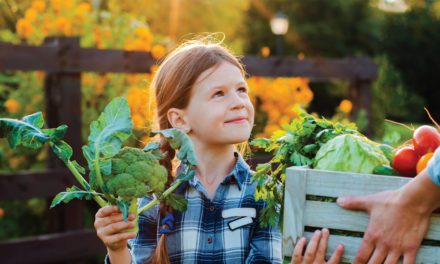 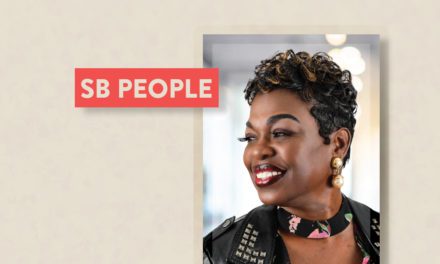