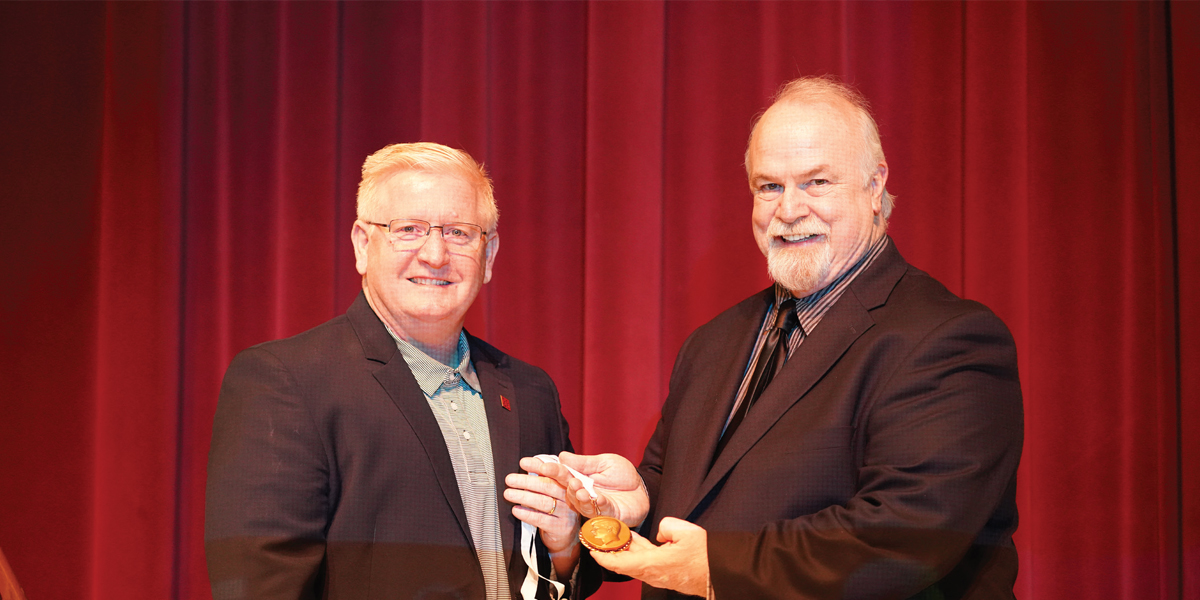 As we close the book on another exciting Olympics, we applaud our fellow Americans who brought home medals. Think of the hours these athletes must spend training and honing their skills for competition. Making it to the Olympics is a proud moment and bringing home the gold is the high point of their career.

Here in Shreveport-Bossier City, we have a gold medalist— and although he is not exactly an athlete, one could draw a parallel between what he does and that of a trained athlete. The similarities will amaze you.

Crawford found out about the award through an email and the timing could not have been more perfect. After performing the National Anthem at one of the Mardi Gras Bals, Crawford, all alone in his vehicle, happened to check his phone, and there it was: the notification that he would be the recipient of this honor. “I was coming home from a Shreveport Mardi Gras event where at least a dozen of my present and former theatre students had worked as designers, technicians, and talent. I received the email announcing the award. I was happy and surprised for the honor, but mostly I was reminded of the wonderful opportunities that BPCC theatre and KCACTF have provided for our students,” Crawford recalls.

This is the highest award the festival gives and is considered a great honor in theatre education. Region VI covers Arkansas, Louisiana, New Mexico, Oklahoma, and Texas.

Each year, the eight KCACTF regions honor individuals or organizations that have made extraordinary contributions to the teaching and producing of theatre and who have significantly dedicated their time, artistry, and enthusiasm to the development of the Kennedy Center American College Theatre Festival.

With theatre degrees from Louisiana Tech and Texas Tech University, and a dozen years of professional work in and around the Chicago area, Crawford has taught theatre performance, directing, management, and applied voice at BPCC for almost 24 years. He helped establish the Associate of Arts degree in Theatre, along with Stephen W. Slaughter, shortly upon his arrival at the school. The degree continues as the AA in Performing Arts (with concentrations in Theatre and Music) as the only two-year theatre degree offered in the state. He was promoted to dean of Communication and Performing Arts in 2012 but has continued teaching and directing plays and musicals for the school all during his tenure.

For KCACTF, Crawford has served as a regional respondent, traveling to Arkansas, Texas, and within Louisiana to evaluate and respond to other college and university theatre productions hoping to be considered for presentation at the regional festival. For BPCC, he has coached dozens of performers and singers in the regional Irene Ryan acting and Musical Theatre Initiatives (singing) scholarship competitions for KCACTF. Many of his students have been finalists. He has also entered numerous shows in festivals in Louisiana, Arkansas, and Texas. BPCC’s productions of The Woman in Black, Echoes, The Turn of the Screw, and A Texas Romance all received the highest recognition at the state level. The Turn of the Screw went on to garner top honors regionally and to become one of the top five productions in the nation at the National KCACTF in 2016, with Craw- ford as Distinguished Director.

This summer Crawford begins his 37th year as Artistic Director of the Canterbury Summer Theatre in Michigan City, Indiana. Each year he offers professional opportunities to many, including BPCC students, some of whom he hires as talent and technicians for the whole season. Others who are the cast and crew of the summer show at BPCC are hired to tour the production to the Canterbury at the end of the summer to complete the season. “It’s a win for both the Canterbury and for BPCC,” Craw- ford says, “as the Canterbury gets an additional show for the summer and the students get a professional gig.”

In April, the Performing Arts Program at Bossier Parish Community College will premiere The Rat’s Tale of Cinderella, an all-new, fairytale children’s musical. Rat’s Tale is one of almost three hundred theatre productions directed by Crawford, which has provided opportunities for innumerable students and young theatre professionals from all over the world. While his resume may reflect his accomplishments (all eight pages), it certainly cannot describe all the hurdles he has had to jump or the rehearsal marathons he has had to run. Although he did not get to stand on a podium on national television (the ceremony was virtual), he was surrounded by a host of his peers, students, and close friends. Shreveport and Bossier City is proud of his accomplishments and happy for this achievement.

About The Rat’s Tale of Cinderella

This sparkling princess production – adapted by Crawford – tells the familiar story of a mistreated young woman whose life is transformed through magic, love, and her own grit and determination. Audiences will be excited to experience this well-known story told with a nod to Louisiana Mardi Gras culture through the point of view of the animals. Join the Rat Brothers, Alphonse and Gaston as they narrate their version of the story! Brimming with physical comedy, funny jokes, interactive Q&As, and astonishing theatrical effects, The Rat’s Tale of Cinderella includes everything you can think of that makes a show fun for children of all ages: ridiculous stepsisters, a magical and kooky fairy godmother, a beautiful ball, helpful animals, and of course a new twist on Cinderella’s shoe that gets left behind with a handsome prince. 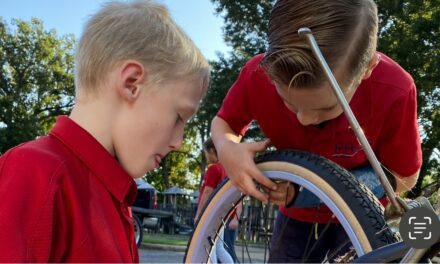 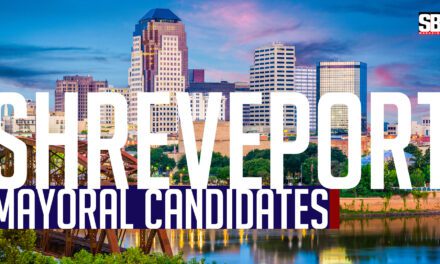 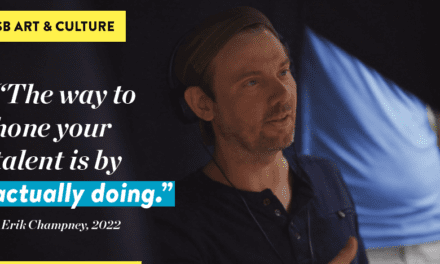 Art and Culture “The way to hone your talent is by actually doing.” Erik Champney, 2022 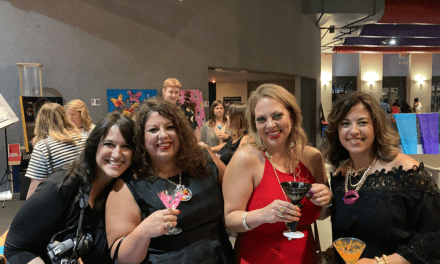