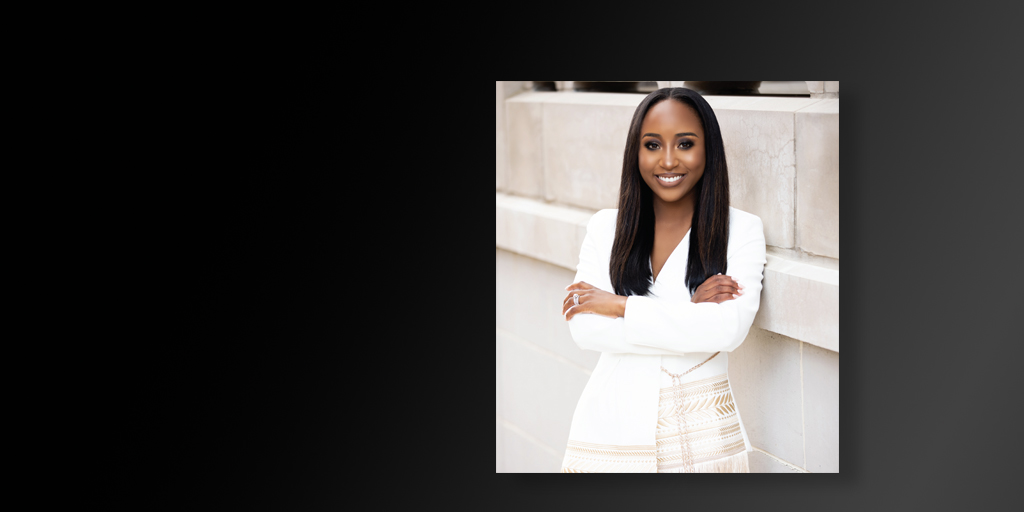 For Ebonee Rhodes Norris, practicing law was an easy choice — she was practically born to be an attorney. She is a native of Shreveport, and graduated from Caddo Parish Magnet High School and Louisiana State University in Shreveport.

Norris’s mother, Sharon, is a retired paralegal of 30 years. Growing up in Shreveport, some of Norris’s earliest role models were lawyers and judges that her mother worked with.

In fifth grade, Norris was instructed to select a career person to shadow for a day at work. Norris picked a judge — one of the few African-American female administrative judges of that era. “It was so insightful to be able to learn from her and to interact with her,” Norris said. Having this interaction early in life solidified Norris’s belief that the only limits in her career would be those that she set for herself.

While obtaining her Juris Doctorate from Southern University Law Center, Norris clerked for the Louisiana Second Circuit Court of Appeals and the Louisiana Attorney General’s Office. Norris began her career at a non-profit law firm that defended the rights of low-income and elderly residents. She then moved on to a private firm, practicing in the areas of criminal defense, personal injury, estate planning, and municipal bonds.

Norris founded The Norris Law Group in an effort to take a client- centric approach to legal representation.

“Because law has always been my passion, I have held virtually every job within a law firm,” Norris said, “from an office runner, to a file clerk, receptionist, legal assistant, and even an associate partner in another law firm.”

“I have witnessed client interaction from all of those different vantage points, and I know the importance of client experience.”

“That’s what distinguishes our law firm,” she said. “Our clients are not just file numbers. We really try to form long-term relationships and bonds with them.”

THE VALUE OF EMPATHY

For Norris, the issue was deeply personal. Growing up in a working-class neighborhood, she saw first-hand the impact of criminal justice and incarceration on her peers, especially children. Coming from a divorced household, she also knew the critical role domestic law played in children’s lives.

Norris vows to have an empathetic ear and be a tireless defender for all clients, including those that are facing domestic or criminal consequences. Married to her college sweetheart and a new mother of twins, her devotion to this calling has only increased. Her passion and focus have made her a respected force in criminal and family courts throughout Louisiana.

“When clients come to our law firm, whether it’s a criminal defense matter or a domestic matter, those are the most fragile times in a person’s life,” Norris said. “Someone that really empathizes with whatever legal matter they have will be a better advocate for them in the legal system.”

In addition to her success in private practice, Norris is active in the community, serving on the Board of Directors for both Goodwill Industries of North Louisiana and the Robinson Film Center.

Norris is most proud of her expungement advocacy. She has partnered with the New Orleans-based Justice and Accountability Center of Louisiana to provide free criminal- record expungement services for Shreveport residents.

“A lot of the people that we helped through the expungement initiative were young individuals who simply made mistakes,” Norris said. “Having a criminal record could have devastating consequences and adversely impact an individual’s employment opportunities, academic advancement, and housing.”

“Criminal expungements give individuals an opportunity to have a second chance,” Norris said.

In addition to assisting with expungement clinics, Norris has also helped draft proposed legislation for the Louisiana State Legislature, in an effort to automate the expungement process, making it quicker, easier, and — crucially — more affordable for qualified persons to expunge their criminal records.

“I believe everyone should be able to seal their criminal record without having to spend thousands to do so,” she said.

Born and raised in Shreveport, Norris now resides there with her husband, John, her four-year-old daughter, Madeline Joy, her newborn twin sons, Saint John and Sire Robert, and her two Yorkies, Remy and Martin.